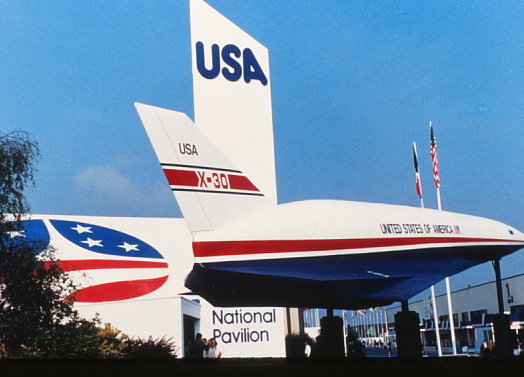 The HUBBLE EXHIBIT
Working directly from NASA drawings, a
43’ long full scale mock-up of the telescope was fabricated in Italy. The display was cutaway on one side to reveal in neon, the inner workings of the Hubble’s many operating components.
It illustrated the individual modules for cameras, gyroscopic devices and navigation equipment that could be retrofitted and replaced during space walks.
Repair missions have kept the Hubble operational for 20 years, increasing its capabilities to peer into the future.

Exhibits Division
BC&CO was contracted by NASA to design and develop a 14,000 square foot
bi-lingual exhibition for the 1989 Paris Air Show highlighting the coming launch of
the Hubble Space Telescope. Our responsibilities included concept development,
schematic and final design, working drawings, contract documents and on-site
supervision of construction and installation in the United States Pavilion at
Le Bourget Airport outside Paris, France. We worked directly with NASA's Exhibit's Division. 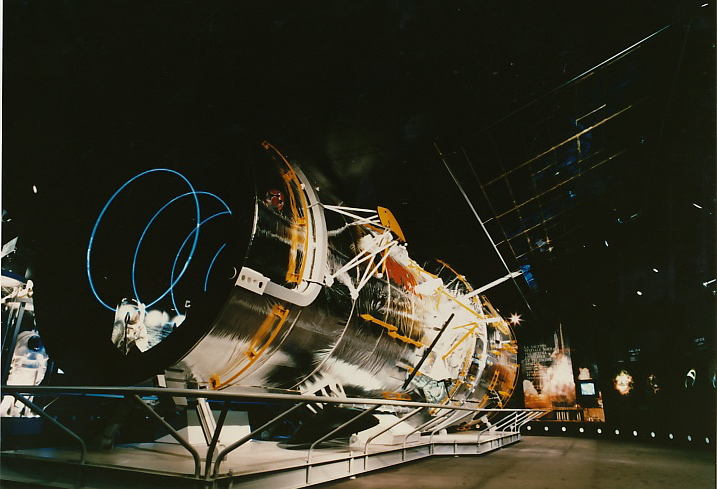 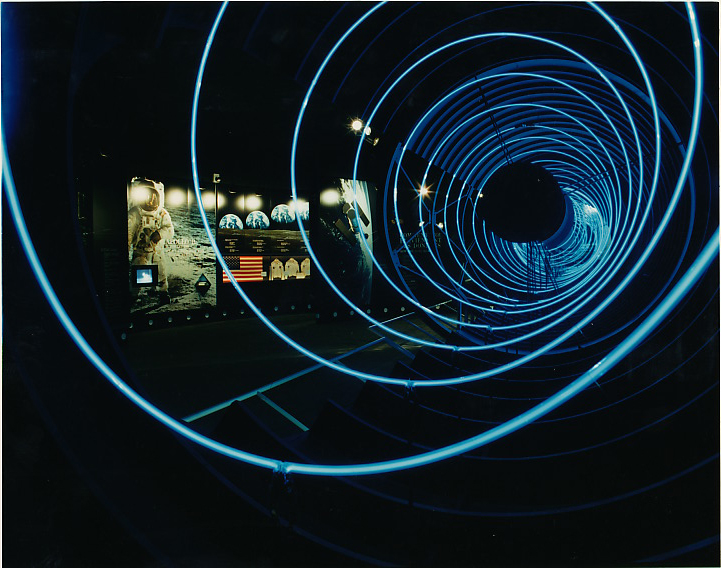 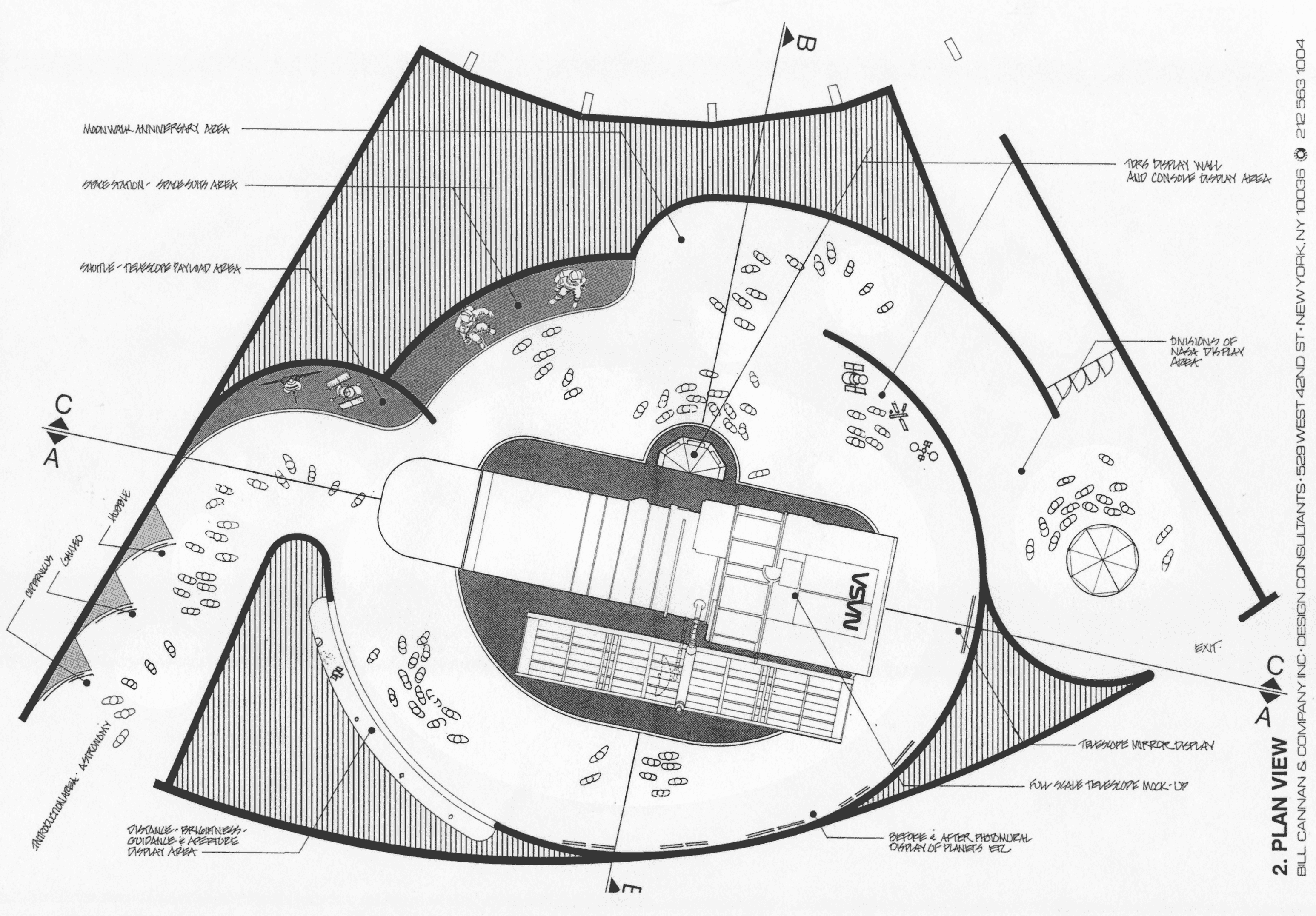 Animated neon traces the light path to the telescope's primary and secondary mirrors.
The full scale mock-up of the Hubble Space Telescope
PLAN VIEW
click to enlarge
Model of entry to the exhibit. 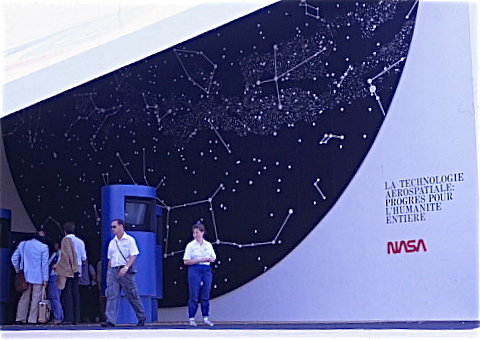 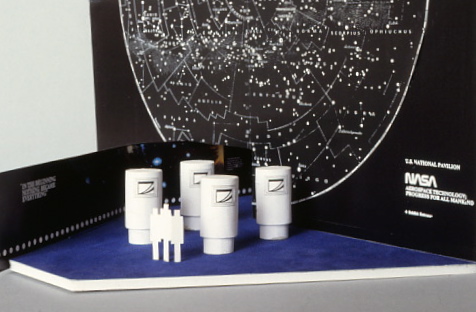 Photo of actual entry to the exhibit. 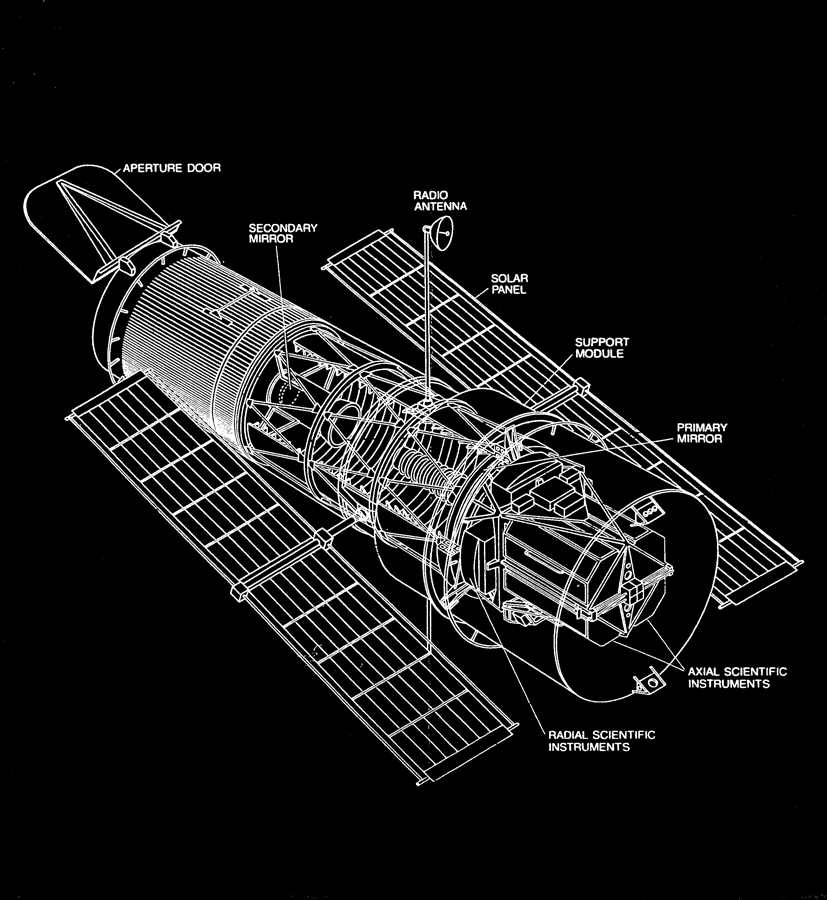 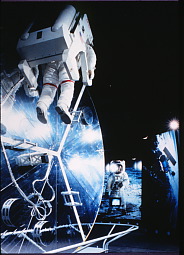 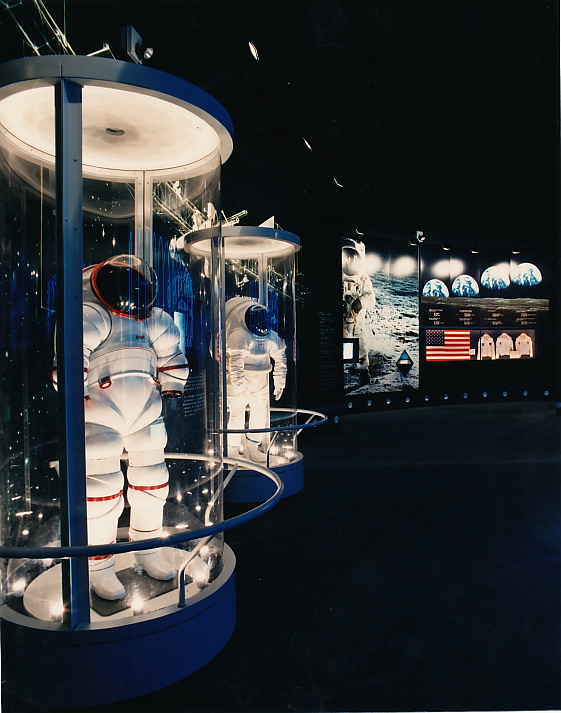 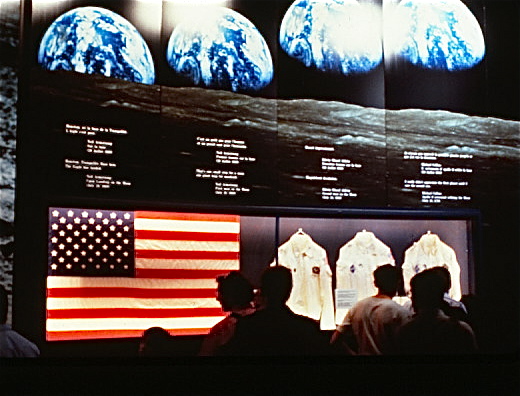 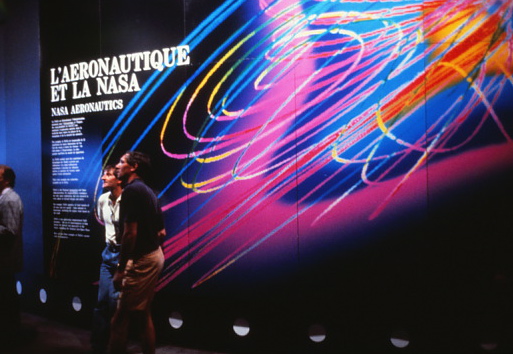 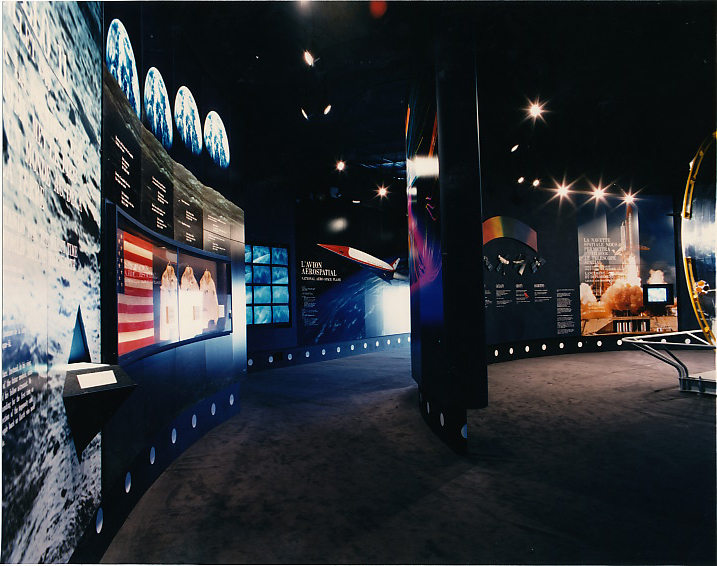 The display featured space suits being developed for space walks that would be scheduled for periodic repair and updating of the Telescope.
A portion of the exhibit space paid tribute to the 20th anniversary of the Apollo 11 Moon Mission.
Placed at the focal point of the exhibit space, the Telescope’s story was supported with graphics, video, photo murals and diagrams displayed along surrounding walls.
The CONCEPT 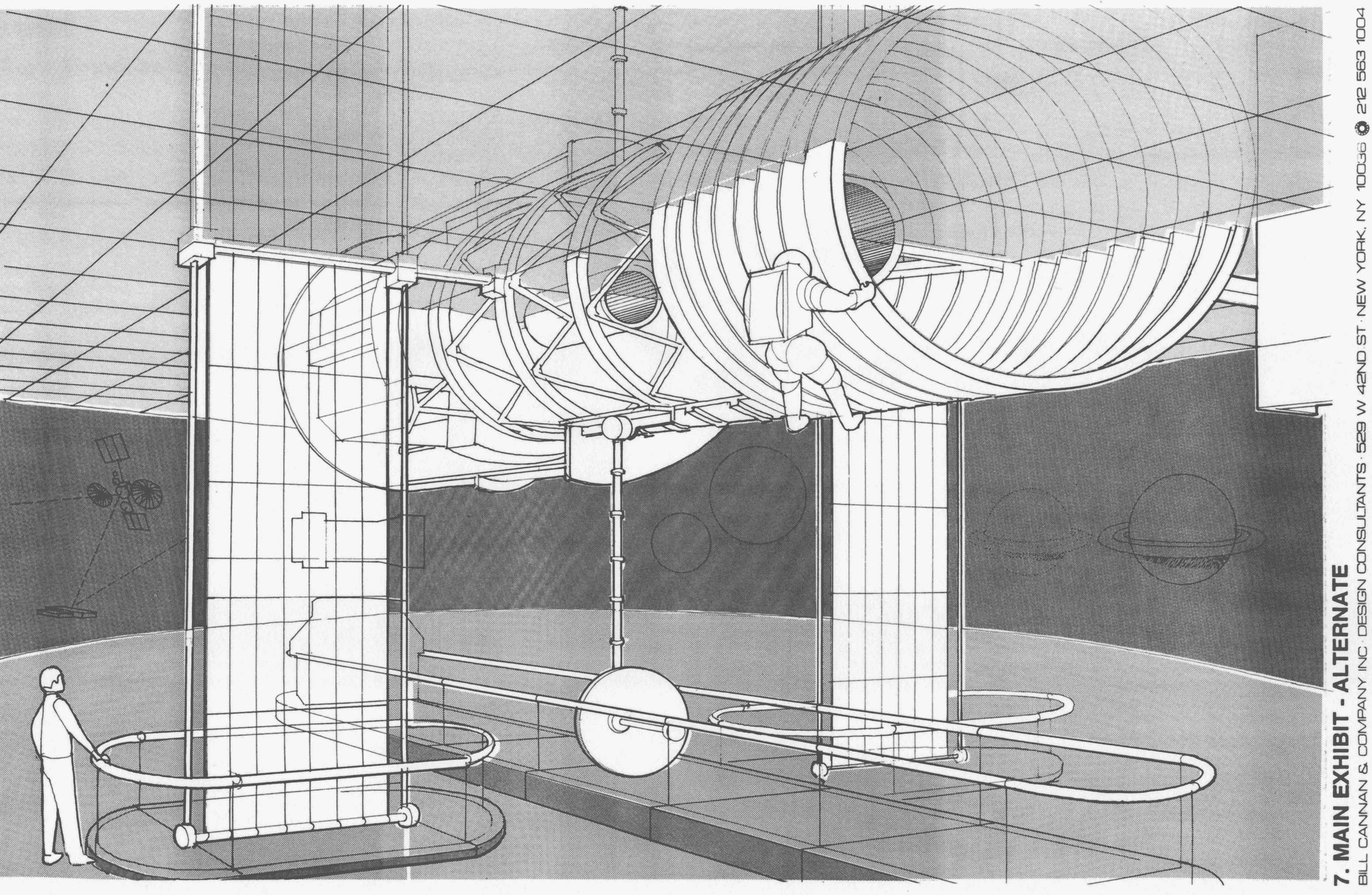 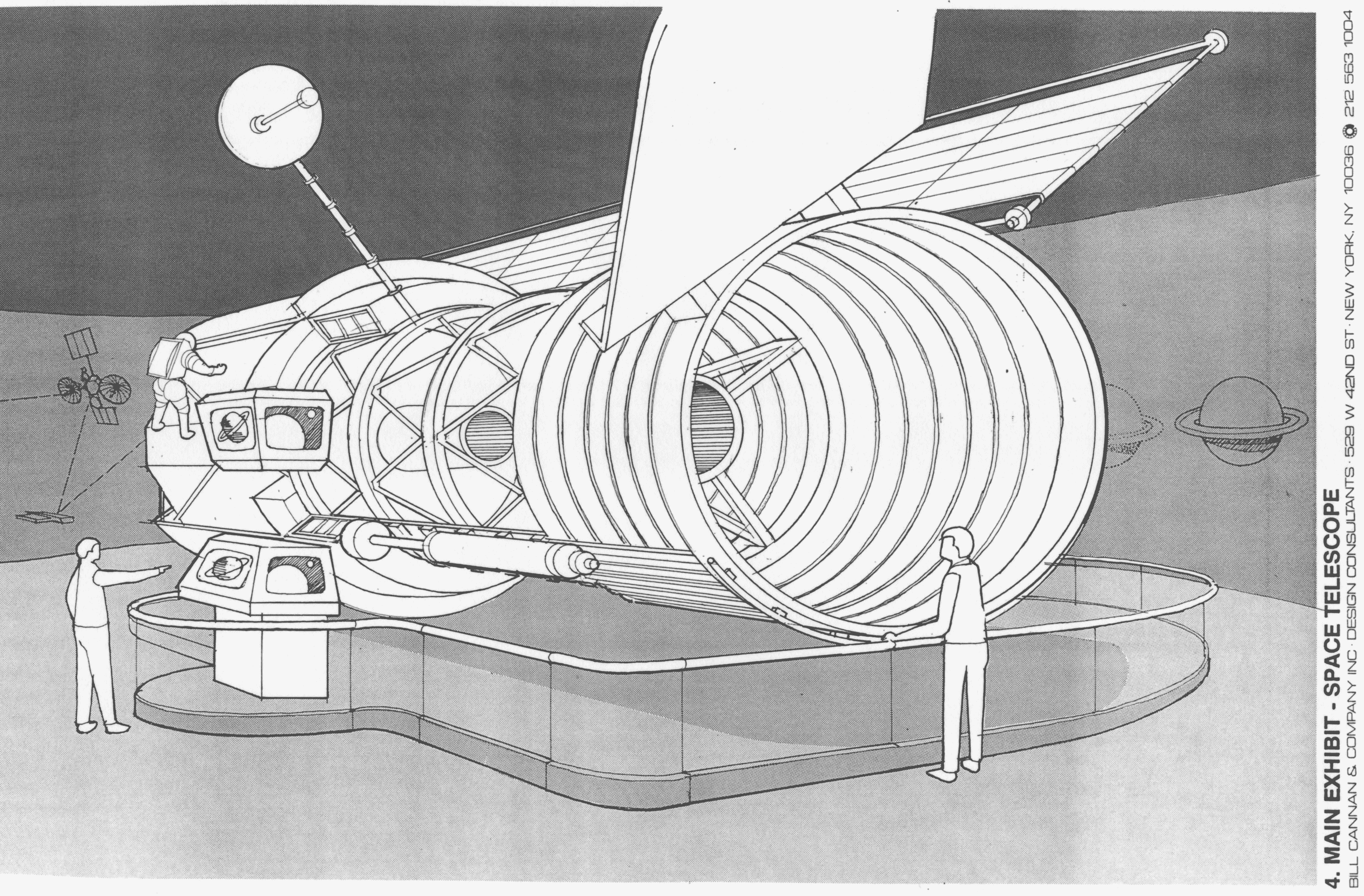 Reflected ceiling version rejected for cost considerations.
click to enlarge
The initial concept was to mount a half sectioned mock-up of the full-scale Hubble against a mirrored ceiling to create a fully reflected image of a “floating” Telescope.
The alternate proposal was a full scale mock-up of the Hubble with a section cut-away to show it’s internal operating functions using animated
neon lighting.
Concept sketch approved for further design development.
The DESIGN PRESENTATION

Elevation sketches showing all four views of the HUBBLE SPACE TELESCOPE exhibition space within the 300’ dome of the USA Pavilion.
All elements for the exhibit were compiled from NASA’s vast collection of artifacts, photos, graphics and statistics,
The MODEL
The scale model of the initial concept presented to the client. Model was at 125th scale. Materials were foam-core, paper, foil, color xerox, photos and acrylics. 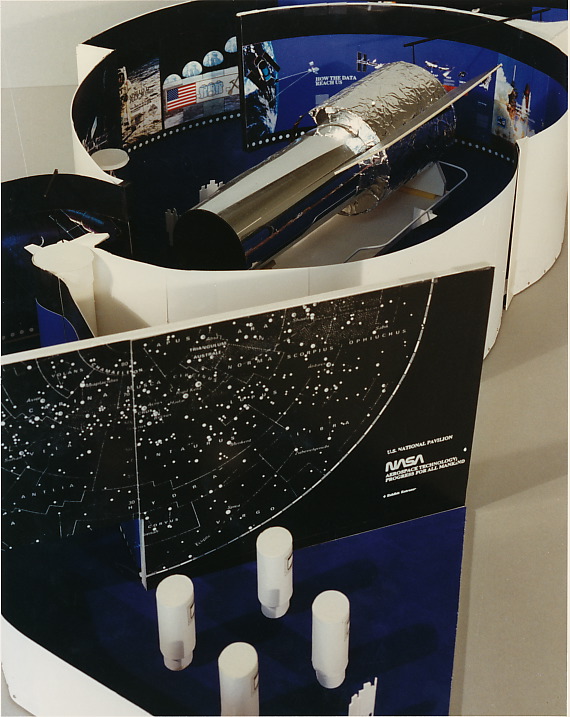 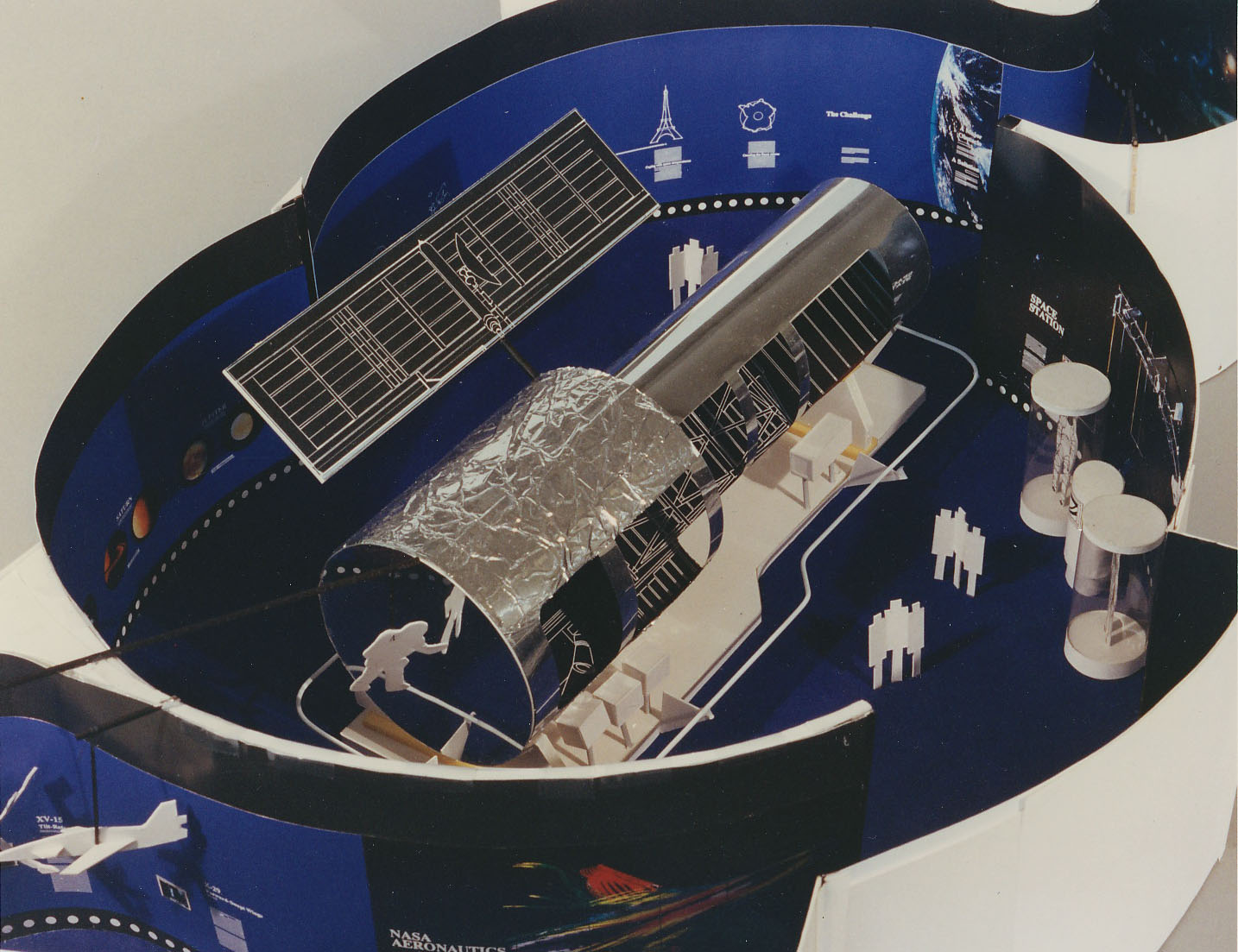 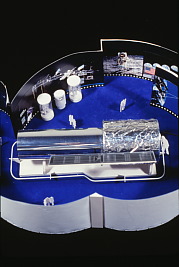 At entry to exhibit.
General view of telescope and surrounding exhibits.
Aft view showing spacewalk.
Overview of model.
"Total attendance at the 10 day exhibit was over 150,000, substantially higher than that of any previous installations.”