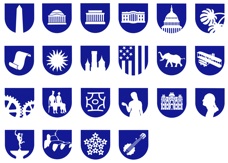 WAYFINDING for the NATIONAL MALL
Retained in 1975 by the Smithsonian Institution to create
a system of signage on The National Mall to accommodate the high volume of visitors expected for the 1976
American Bicentennial celebration.
The Mall lacked an organized information program regarding the Museums and Landmarks lining the Mall. These included the Nation’s Capitol, Botanic Garden, National Air and Space Museum, The Hirshhorn Gallery, the Arts & Industry Museum, The Castle, The Freer Gallery, the Jefferson Memorial, the Lincoln Memorial,
the Washington Monument, the White House, the National History & Technology Museum, the Museum of Natural History, the National Gallery and I. M. Pei’s new East Wing Gallery.
THE KIOSKS 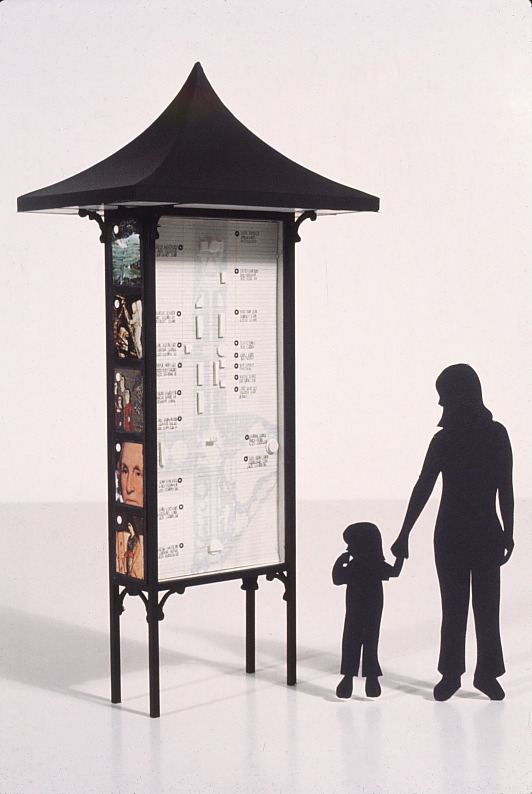 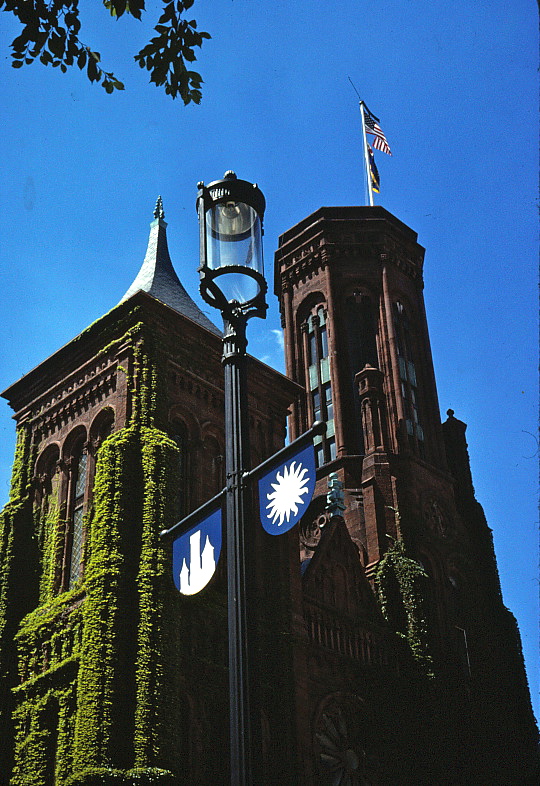 Appropriate symbols were displayed on light posts along the Mall in front of each building. They were also used as visual identifiers on the Map Kiosks, it’s side panels, brochures and handout maps.
This series of 28 symbols designed as a quick visual reference for each Museum or Landmark building. Each was based on a Landmark building or an item from the Museums collection. 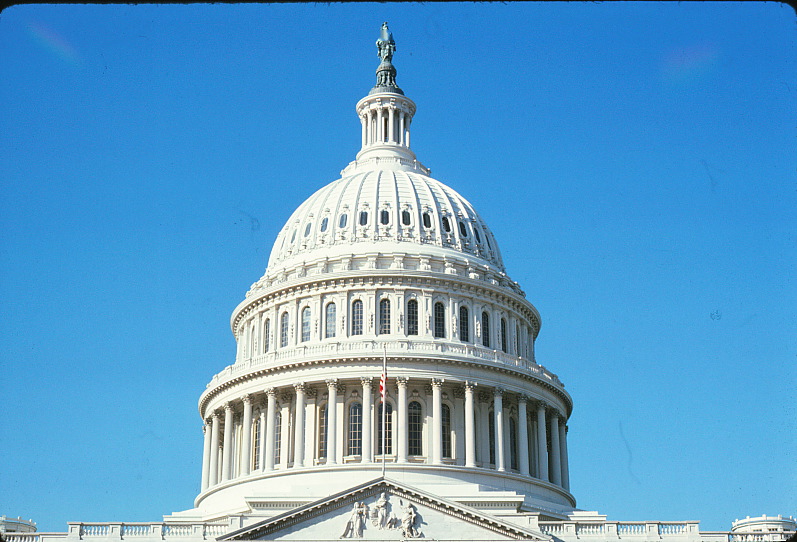 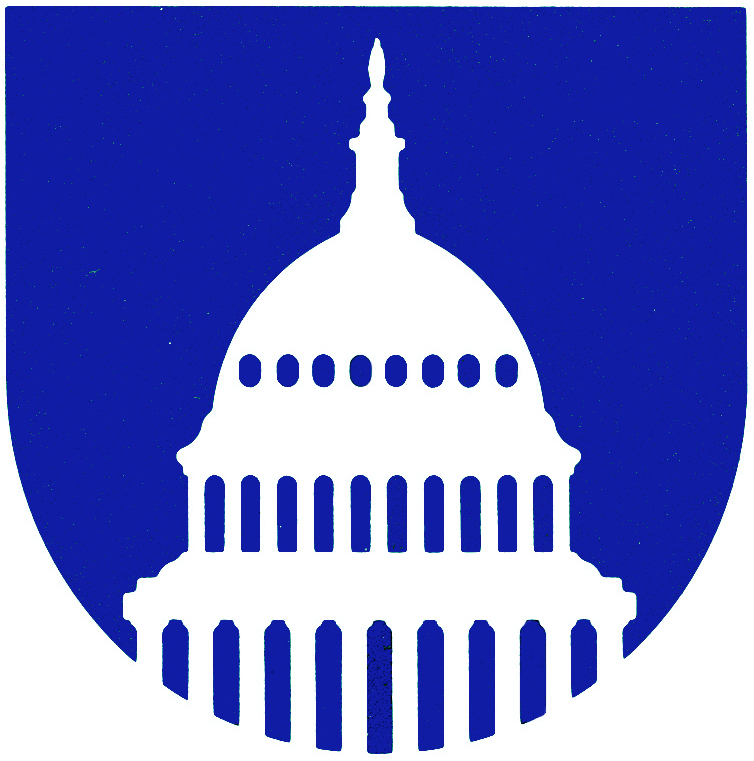 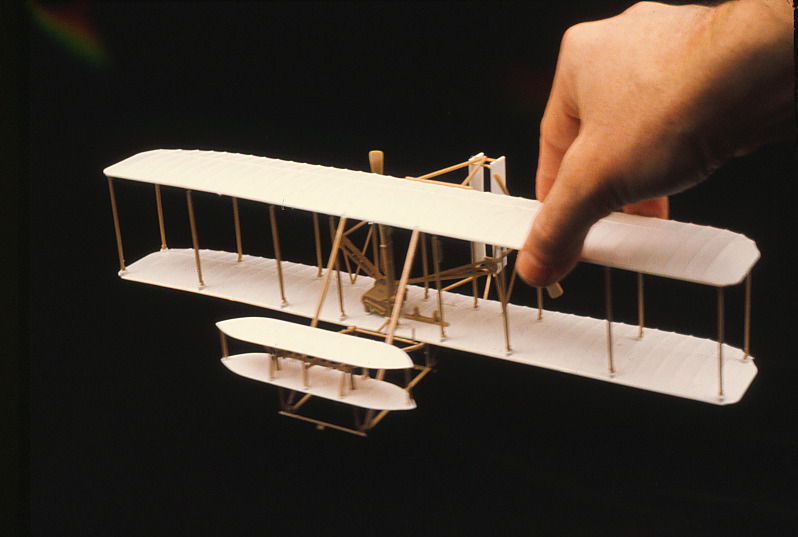 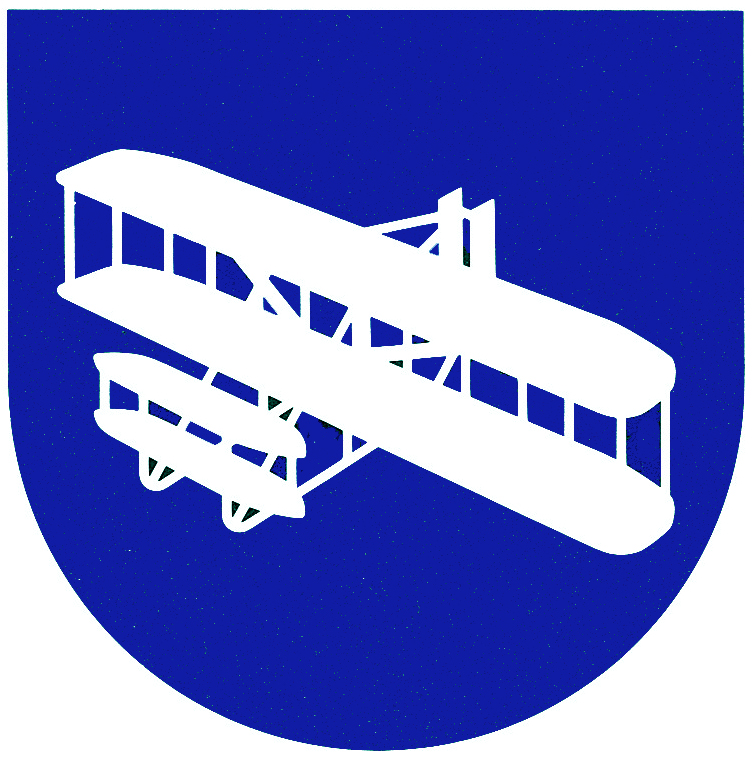 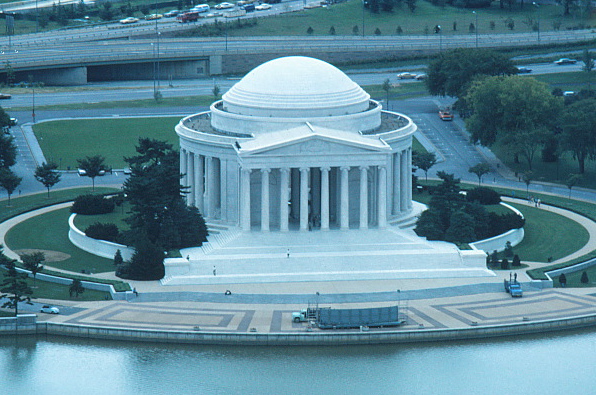 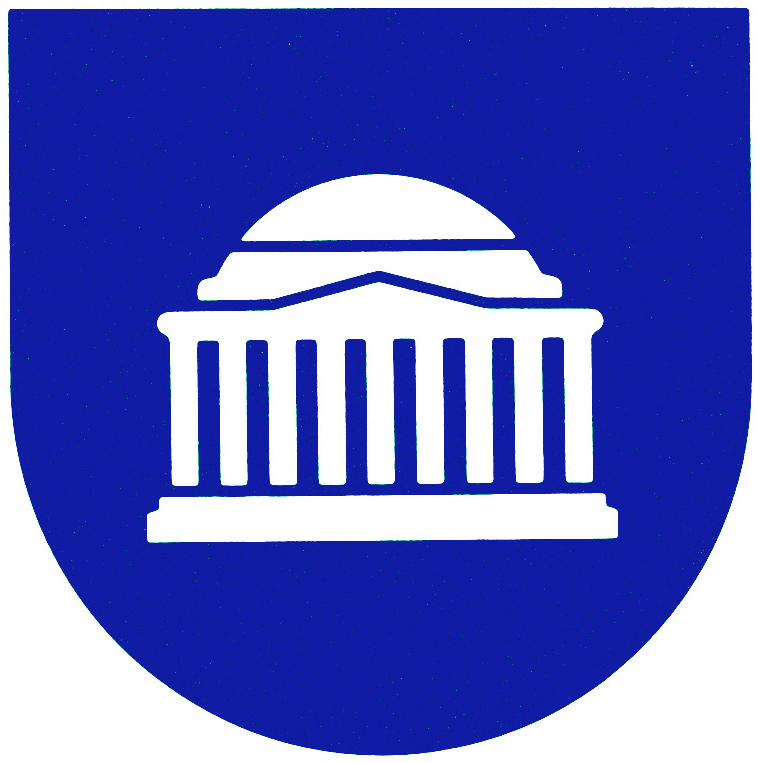 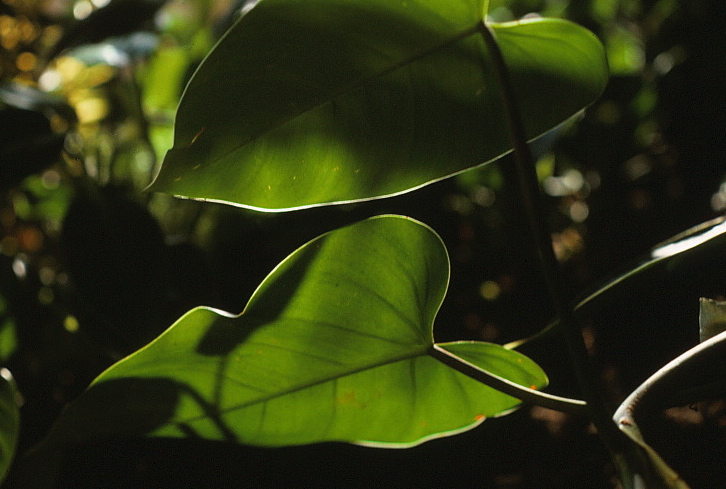 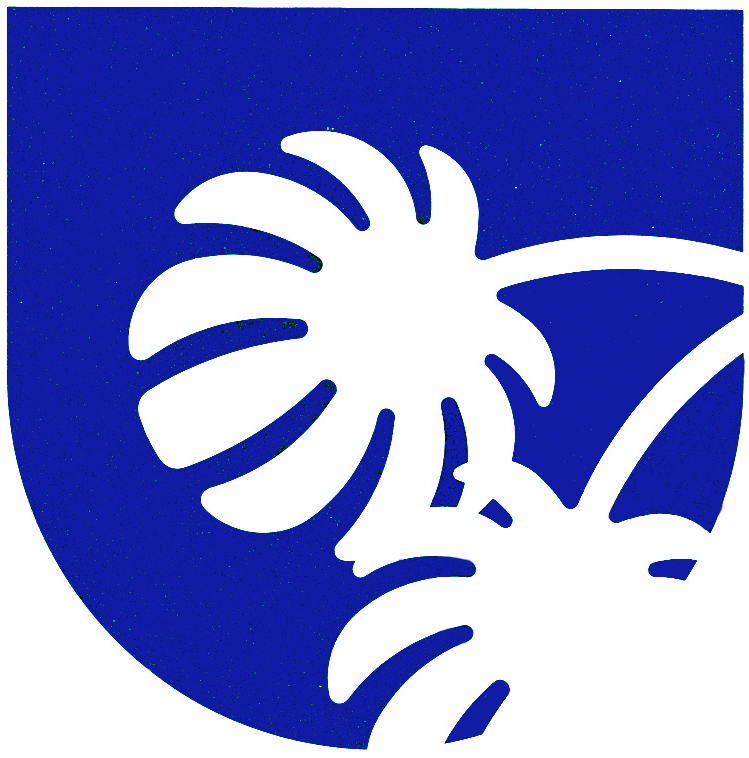 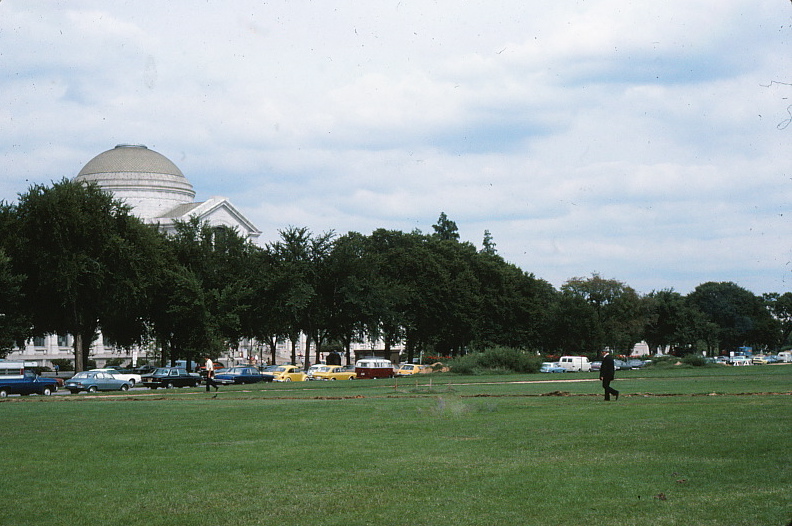 THE PROBLEM
Identifying buildings from the Mall is difficult because of the tree line along the greensward. 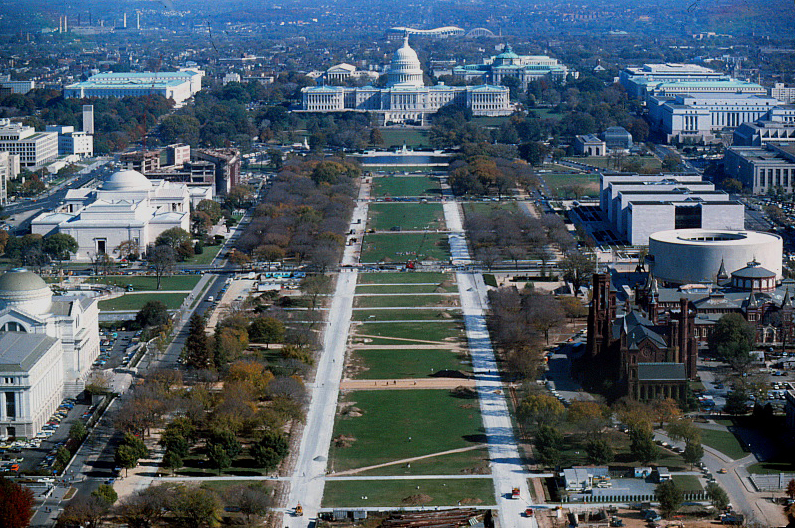 THE SOLUTION
A higher point of view enables recognition of each building by shape and place on the Mall.
This led to the concept of a large 3-dimensional map of the Mall.
THE MAPS 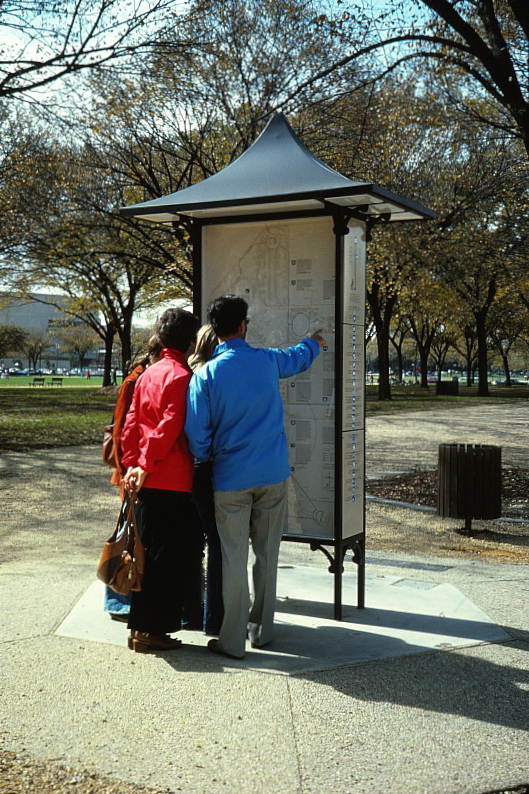 The concept of 3-dimensional maps displayed in double sided kiosks was approved by the Committee of Museum Directors and the Fine Arts Commission.
Eighteen kiosks were strategically placed along the Mall in high traffic areas or near each building’s entry. 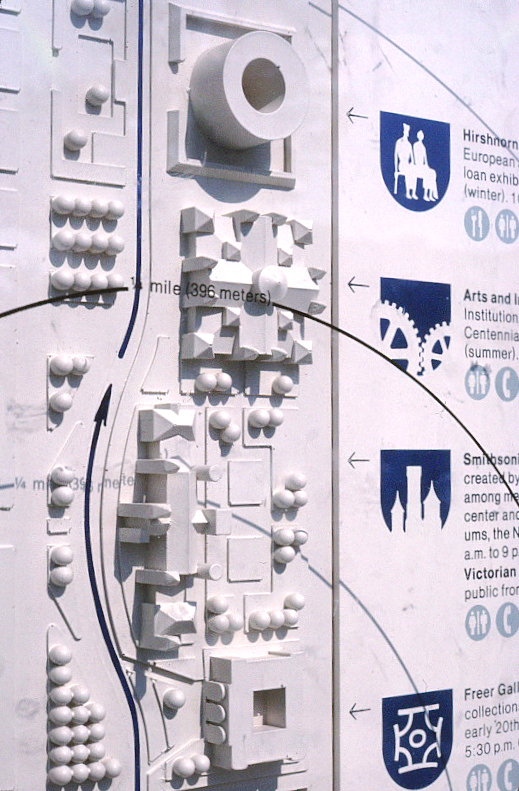 The 3’ x 6’ cast resin maps identified all buildings on the Mall with pictograms and provided information on their collections, services and operating hours. A “You are here” overlay printed on Lexan gave walking “time and distances” for exploring the Mall. 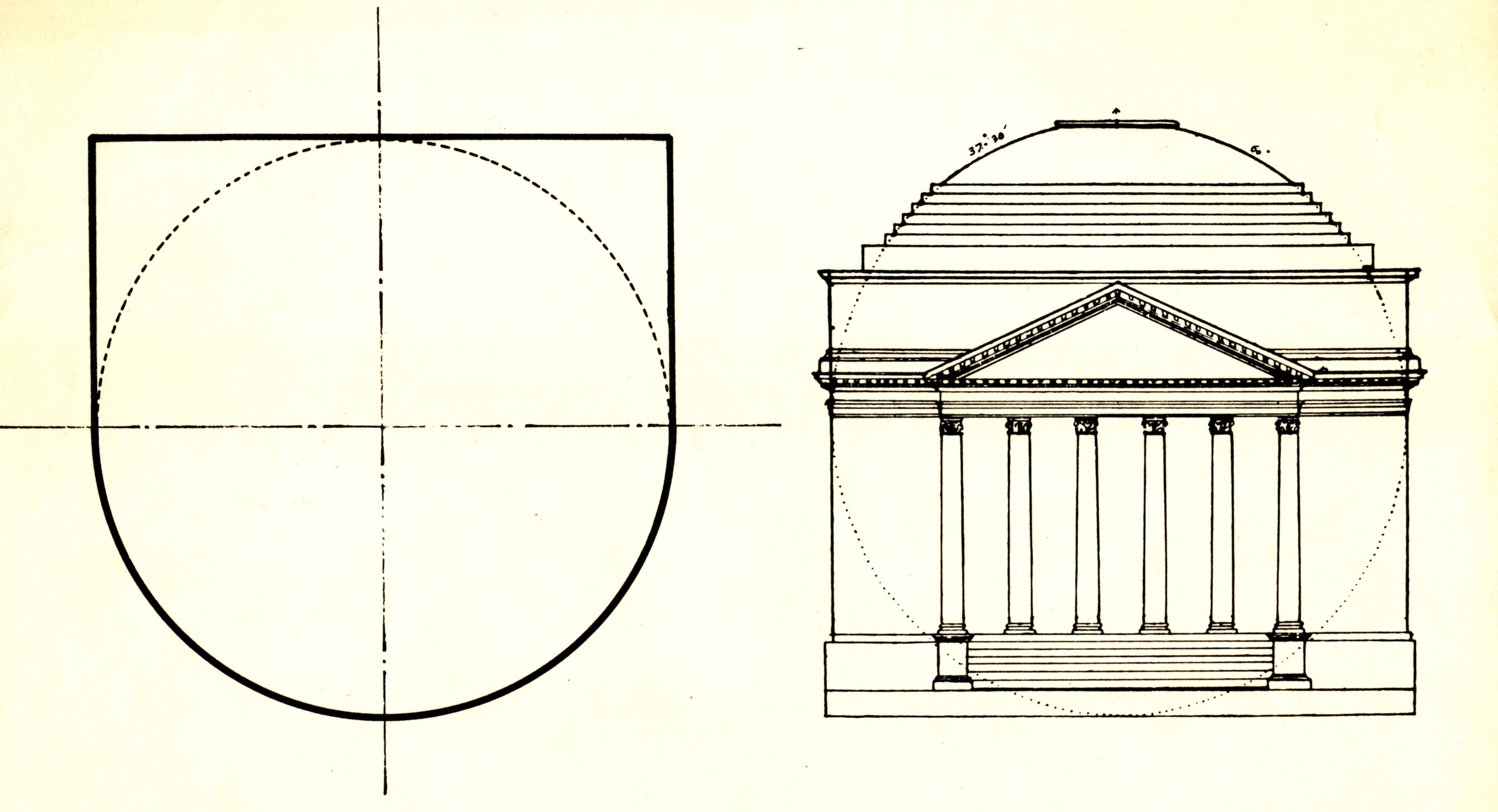 The geometry for the symbol format is based on Jefferson’s design proportions for the Rotunda at the University of Virginia. The Mall symbols are inverted to suggest a heraldic banner. 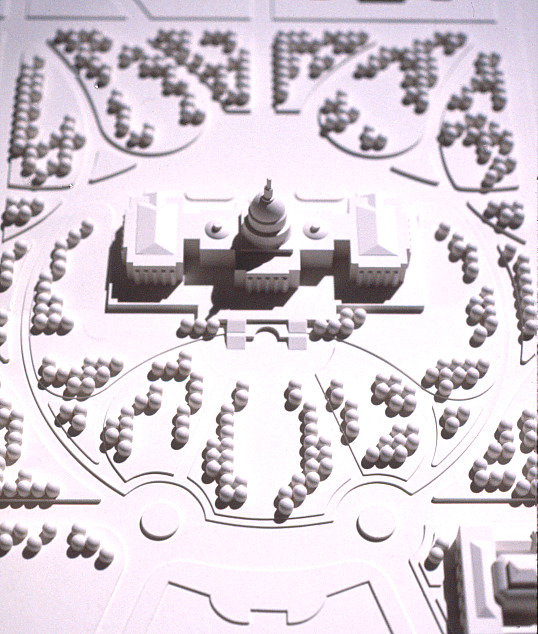 The master model showing dimensional representation of each building on the Mall. Each kiosk map was cast from this model. 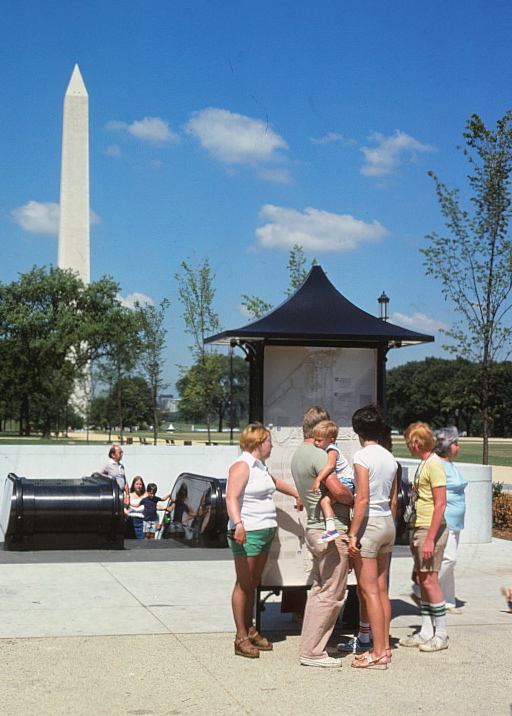 One of 18 Map Kiosks placed along the National Mall.
This one is located at the entry/exit for the Smithsonian
Metro Station. 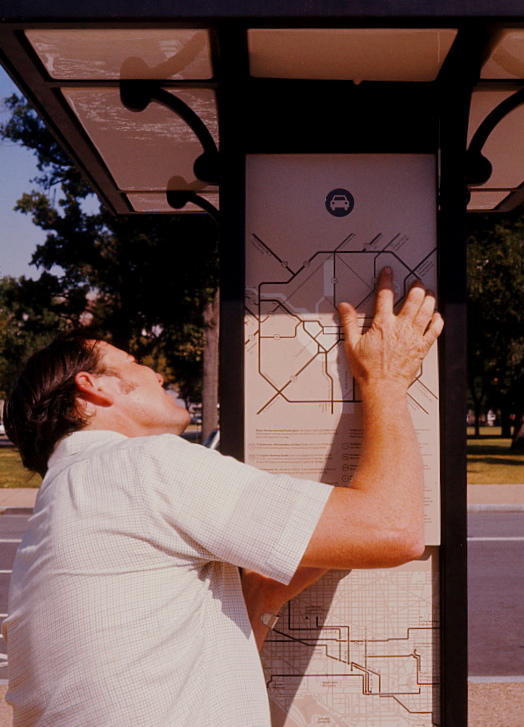 Side panels for each Map Kiosk
gave additional information on the light post / banner system.
Other panels illustrated major highways, the Metro map, bus routes and The Tourmobile.
All side panels were porcelain enamel on steel to insure year-round durability. 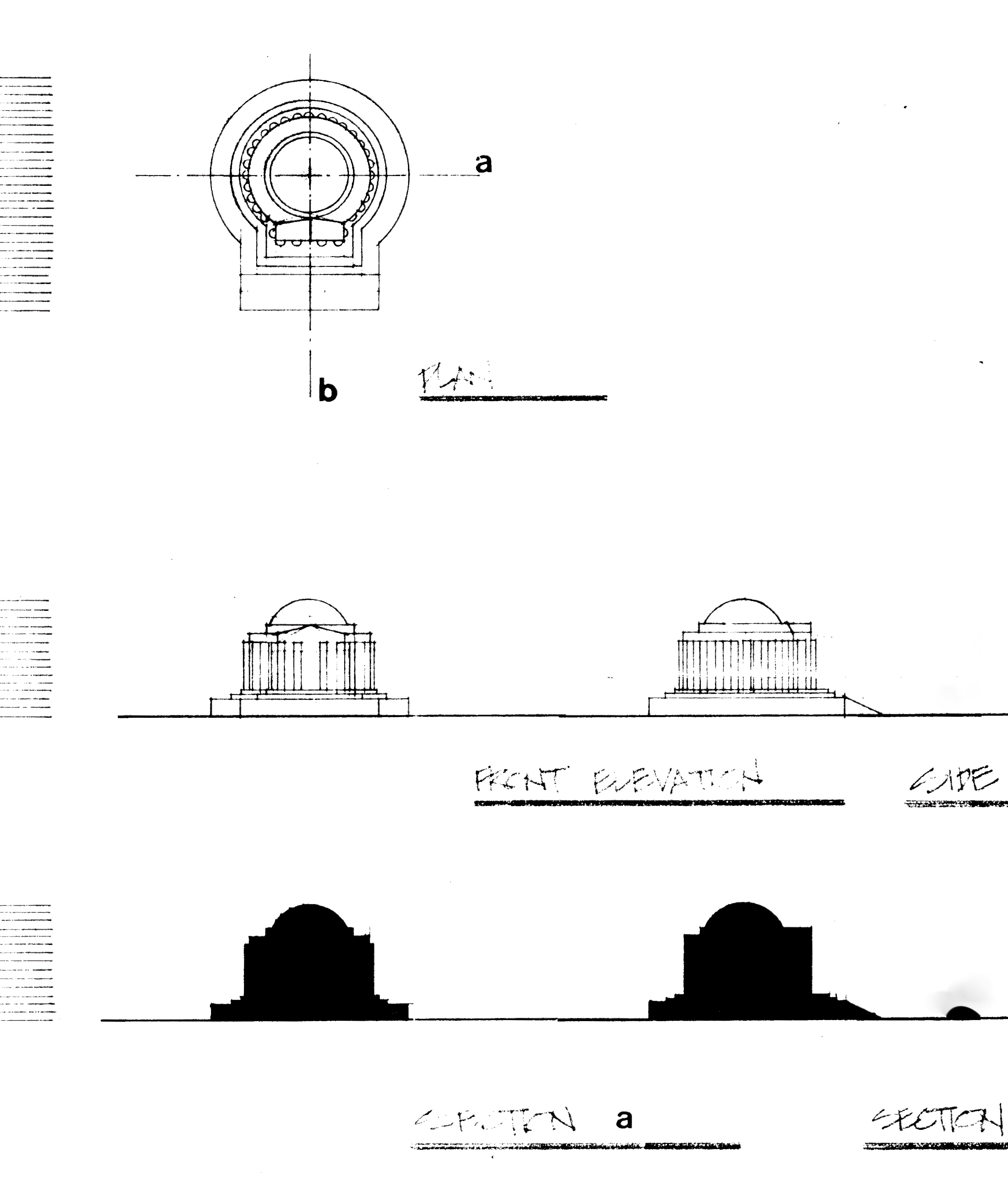 JEFFERSON
MEMORIAL
Each building was drawn to scale and fabricated in acrylic and placed on a 3’ x 6’ base showing trees, walkways and streets. 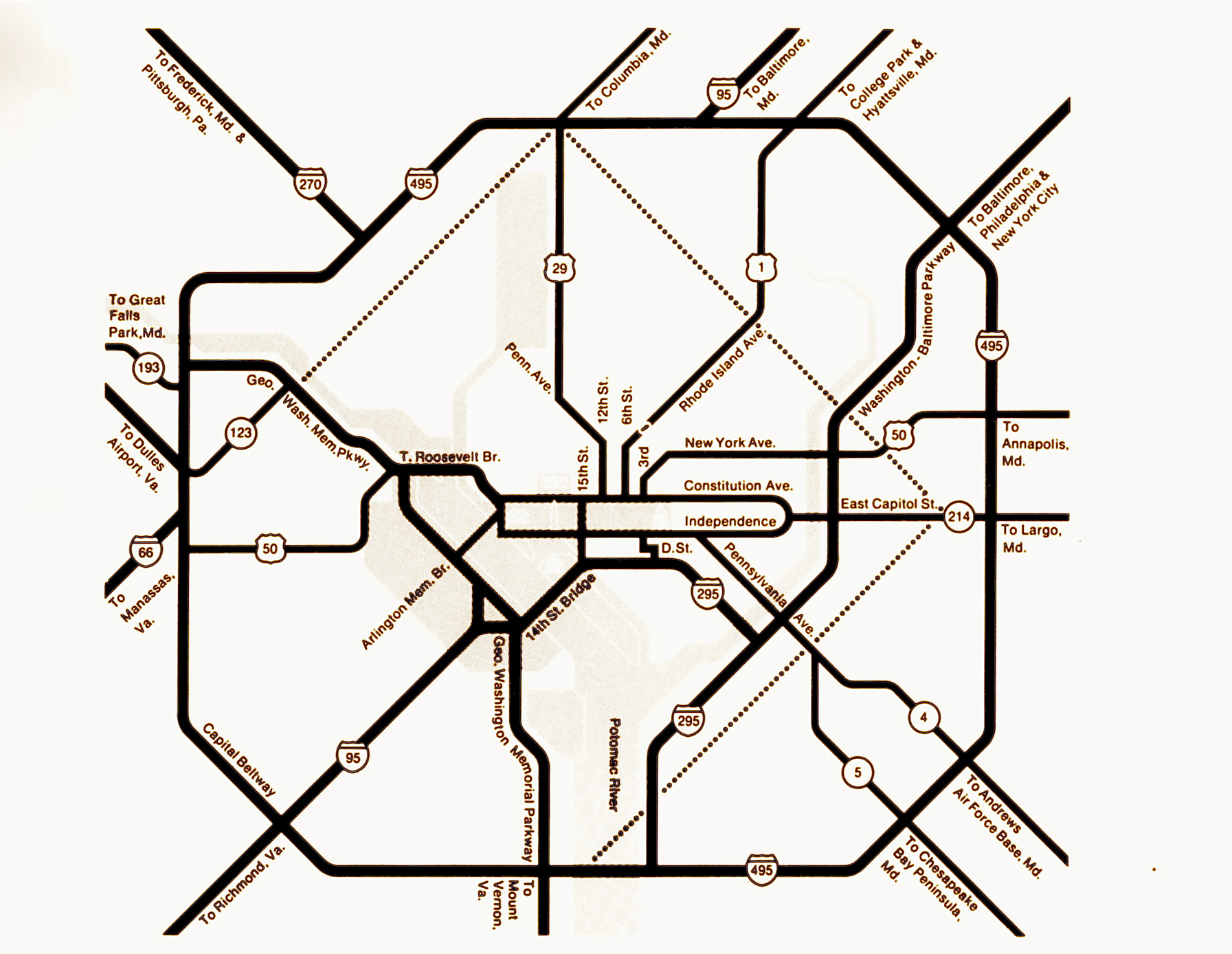 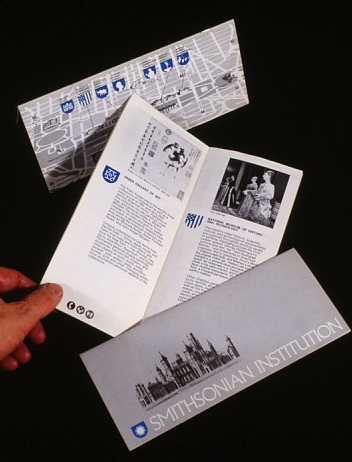 An additional 20 page brochure was designed for all Museums under the Smithsonian’s jurisdiction.
It provided a more detailed description of the Museum’s collection and it’s services.
THE FOLDER 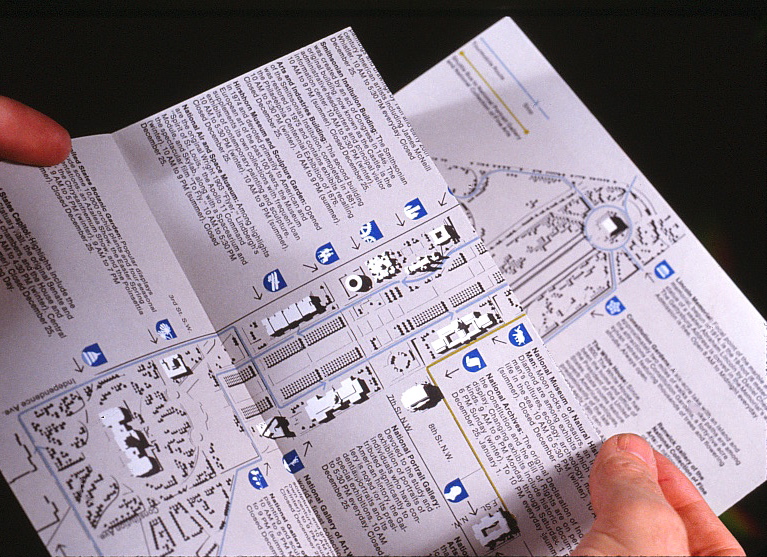 A 9’ x 14’ fold-out brochure reiterating the dimensional Map Kiosk was distributed at each Museum or Landmark building along the Mall. The reverse map depicted the Mall’s relationship to the Metro, related bus routes and other points of interest. 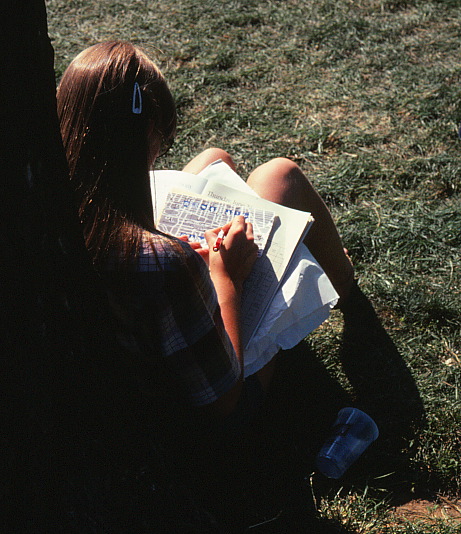 Finding one’s way along the National Mall..
THE KIOSK 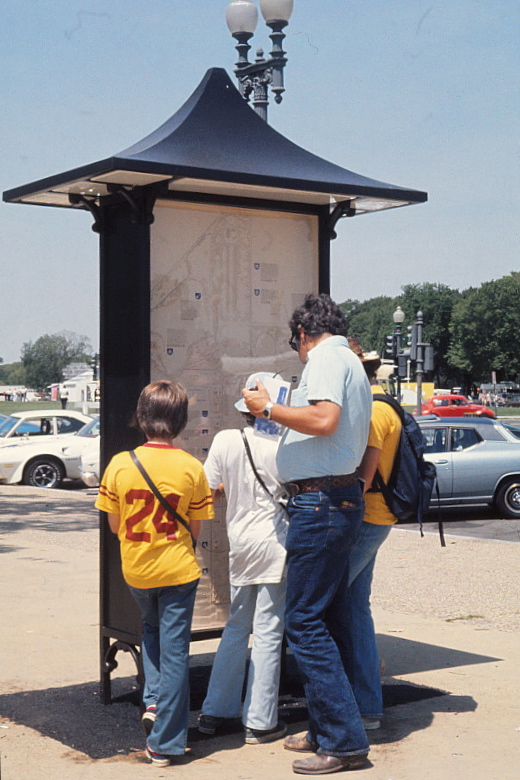 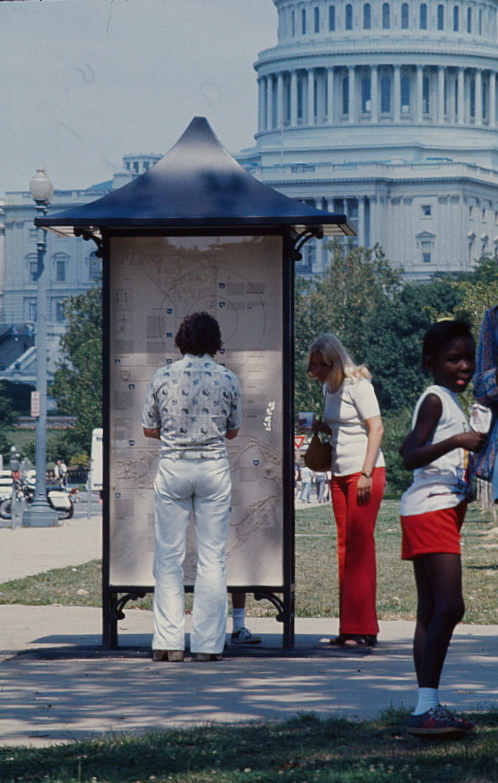 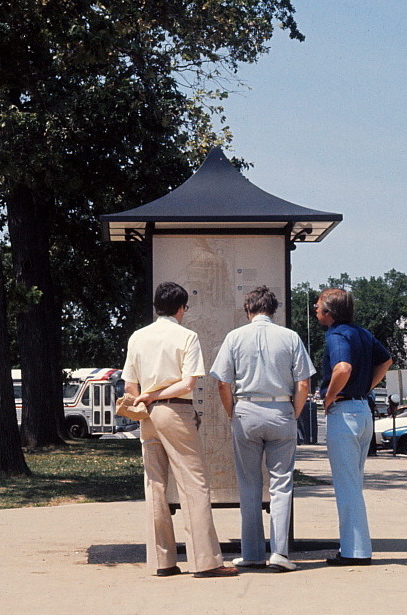 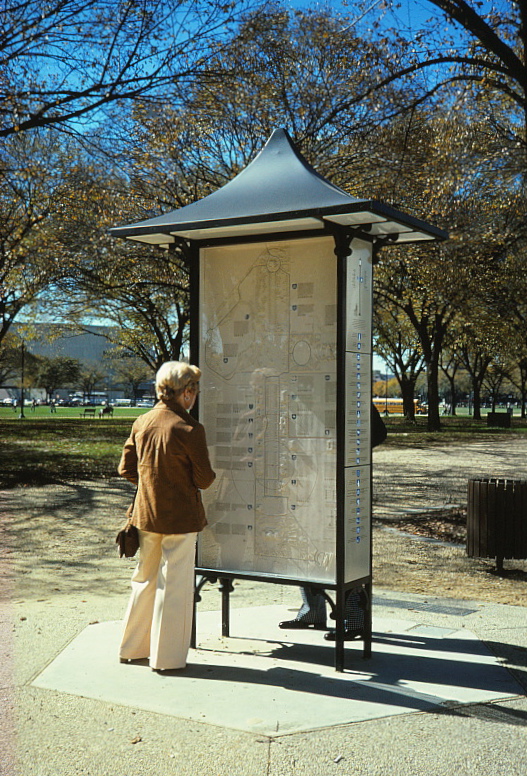 “This is an example of strong, appropriate directional and identification graphics. The Mall Program
is well researched and organized to increase access to the Mall buildings and services.”
Presidential Design Awards, 1985 - Jury Report