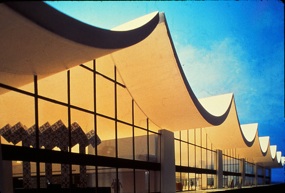 Retained in 1978 by the architectural firm of Skidmore, Owings and Merrill (SOM) to design and develop all way-finding elements and their application to 2 separate airport terminals at King Abdul-Aziz International Airport in Jeddah, Saudi Arabia. The Main Terminal handled all commercial air traffic to Jeddah, the gateway to Mecca.

A second terminal, the open-air Hajj Terminal was built specifically to handle all traffic for Hajji pilgrims making their 6 day journey to Mecca. In total, this facility processes 3 to 4 million passengers once a year. The varied nature of this worldwide group (over 150 countries) led to the use of pictograms as a major communicator rather than a reliance on text only. 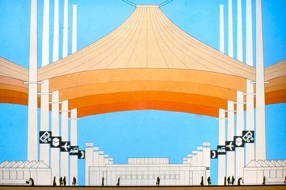 The Main Terminal with tree structure
The Hajj Terminal with pictograms
Approach to Main Terminal
Passport Control
Hajj Terminal overview
Tent structure providing shade
Hajis with carry-on luggage
The design of all graphic elements were keyed to items common to Saudi Arabia and it’s culture.
These influences were a departure point for all design development. 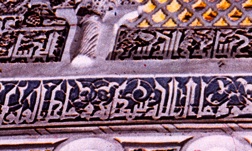 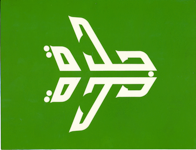 The Arabic Influence
The Symbol
The Final Design
THE NAME
ELONGATED
MIRRORED
The symbol is based on the Kufic script because of it’s geometric nature. Here it used to spell out the name JEDDAH, and distorted to indicate motion. A mirror image then creates the unique airport symbol.
It is a common practice to use calligraphy as a decorative element in Islamic architecture.
The symbol is then combined with the color of the national flag of Saudi Arabia.

The Arabic Influence
The Typography
The Final Design 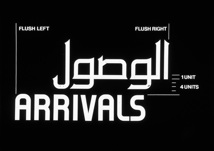 The Kufic style alphabet was chosen for it’s san-serif character and simplicity.
A new arabic font was developed from the Kufic to meet the bi-lingual needs of the airport signage.
Working from the same geometric grid, a new san-serif alphabet was developed for use with the Kufic.
The fonts (arabic reads right to left) had to be compatible to insure the visual clarity required for all airport signage.

The Arabic Influence
The Overhead Signs
The Final Design 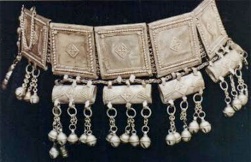 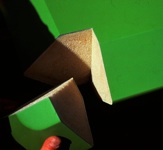 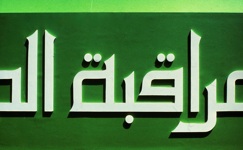 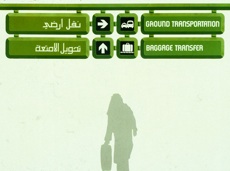 The Arabic Influence
The Pylon Signs
The Final Design 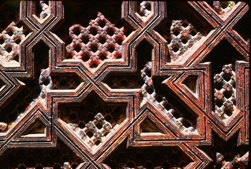 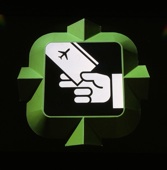 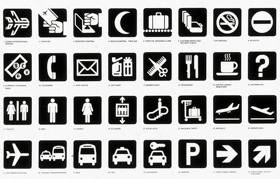 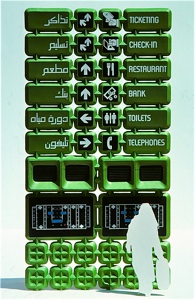 See-thru screens are a common element in Arabic architecture and prompted a design direction for free-standing information pylons.
Pictogram and directional units interconnect to bilingual text panels to provide information.
International pictograms were supplemented with additional icons common to the Hajj experience.
A number of free standing information pylons are placed at strategic points in the Main Terminal, combining flight, directory and services information.

The Arabic Influence
The Tree Cluster
The Final Design 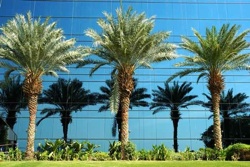 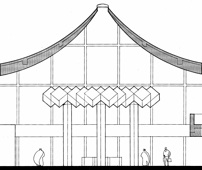 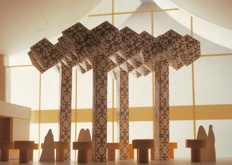 A sculptural element was designed to identify meeting areas and escalator locations in the Main Terminal. Palm trees triggered an idea.
Plan view of a four tree cluster, seven cubes each.
A cluster of 28 interconnected overhead cubes representing an abstraction of palm trees.
A linear version of the graphic used on all facets of the cubes.
These structures were used to help define specific areas of the Main Terminal.

The Arabic Influence
The Road Signs
The Final Design 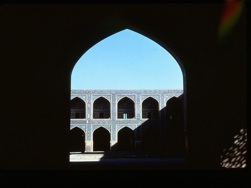 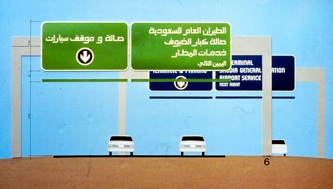 Arabic architectural details led to a number of design directions including the melding of this arch into a directional arrow.
A typical airport road side sign combining symbol and directional.
The geometry of the arch is interpreted into the point of the arrow.
All road signs are bi-lingual leading to the two options shown above. Color coding is used to define each language. Smaller roadside signs combined the two languages.

The Arabic Influence
Other Applications
The Final Design 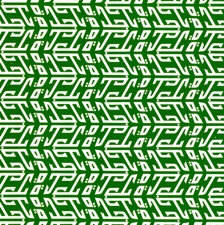 The embossed 12” x 12” ceramic tile.
The Airport symbol was to be used in a variety of ways including dimensional wall tiles in public areas and in a repeat pattern for print applications.
A series of movable floor signs were developed to adjust to changing needs and control of traffic flow.