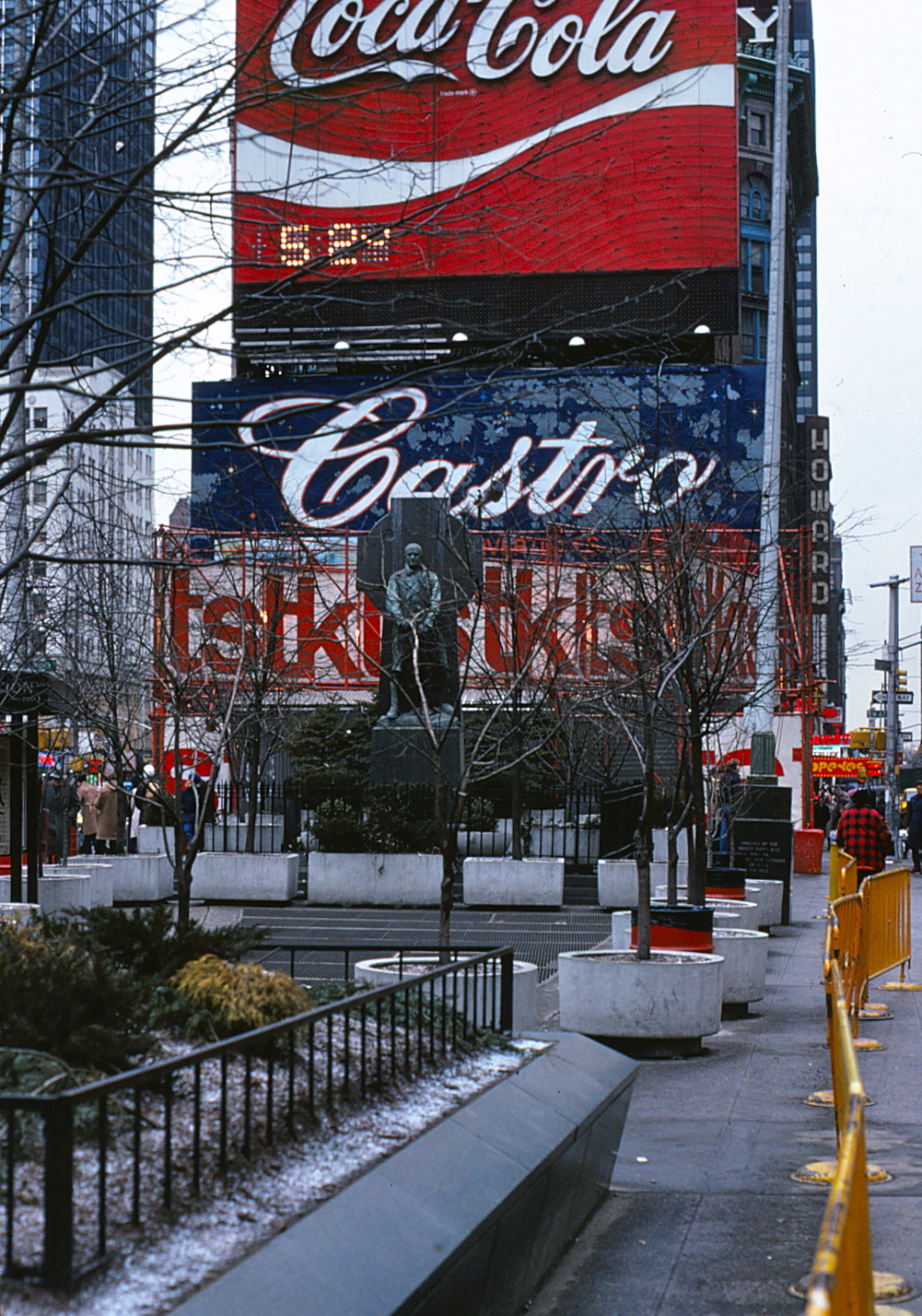 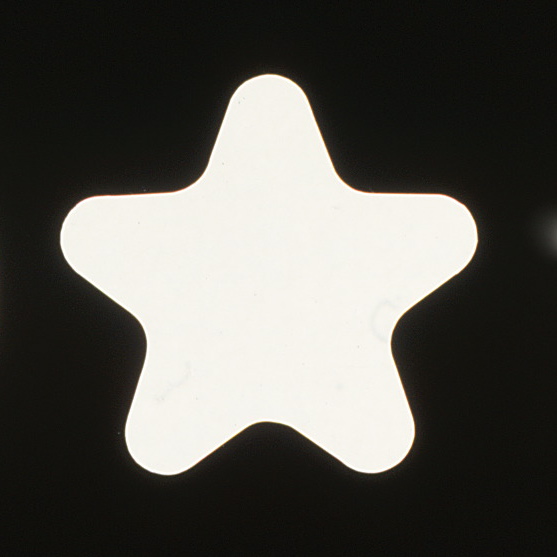 Starting with two visual elements, lights and stars, a common Broadway idiom, a singular symbol was created. It is used to symbolized lights and action and reflect the notion of ascendency on Broadway .......
......a little star turning into a big star.

The proposed IDENTITY for the Times Square district.
The BANNERS

Two banners were placed on each light standard to help orient visitors to the city’s basic geography.

Uptown / Downtown
and
East / West
The project also focused on the replacement of the popular TKTS booth in Times Square (47th St. and Broadway) and included the development of the surrounding
plaza for pedestrian use.
The PLAZA MAP 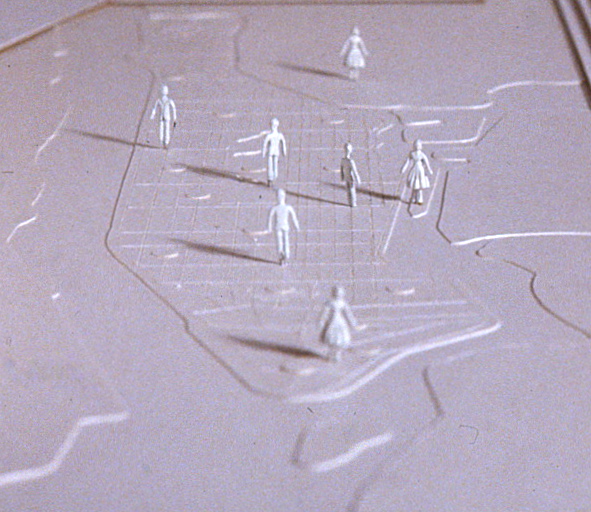 The MAP of Manhattan 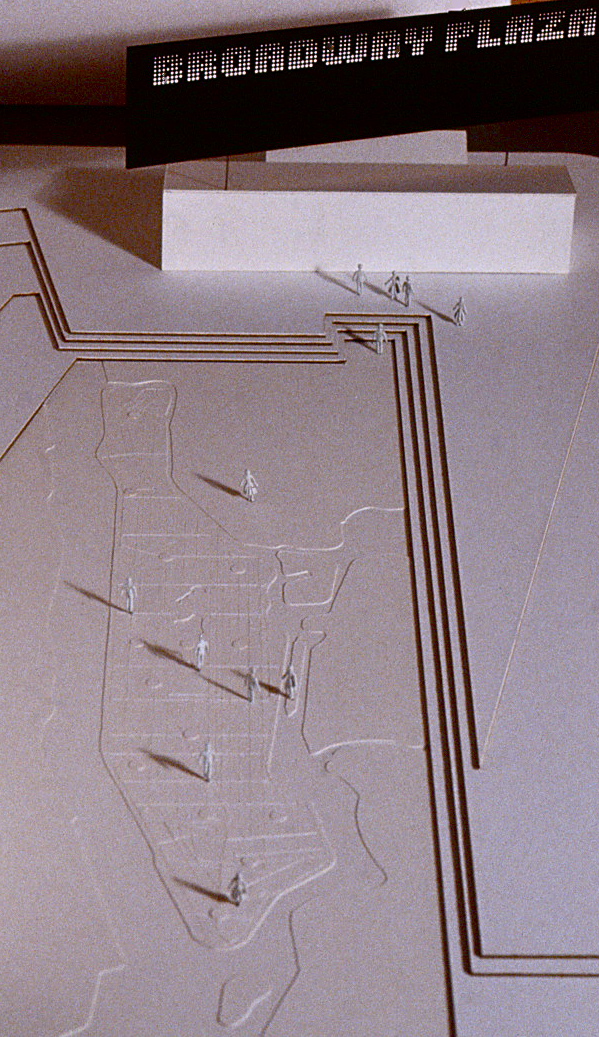 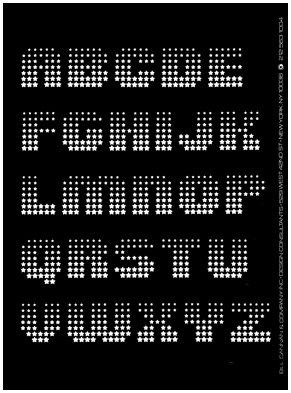 An alphabet of the project's logotype was developed for use on all related structures and signage in the project. 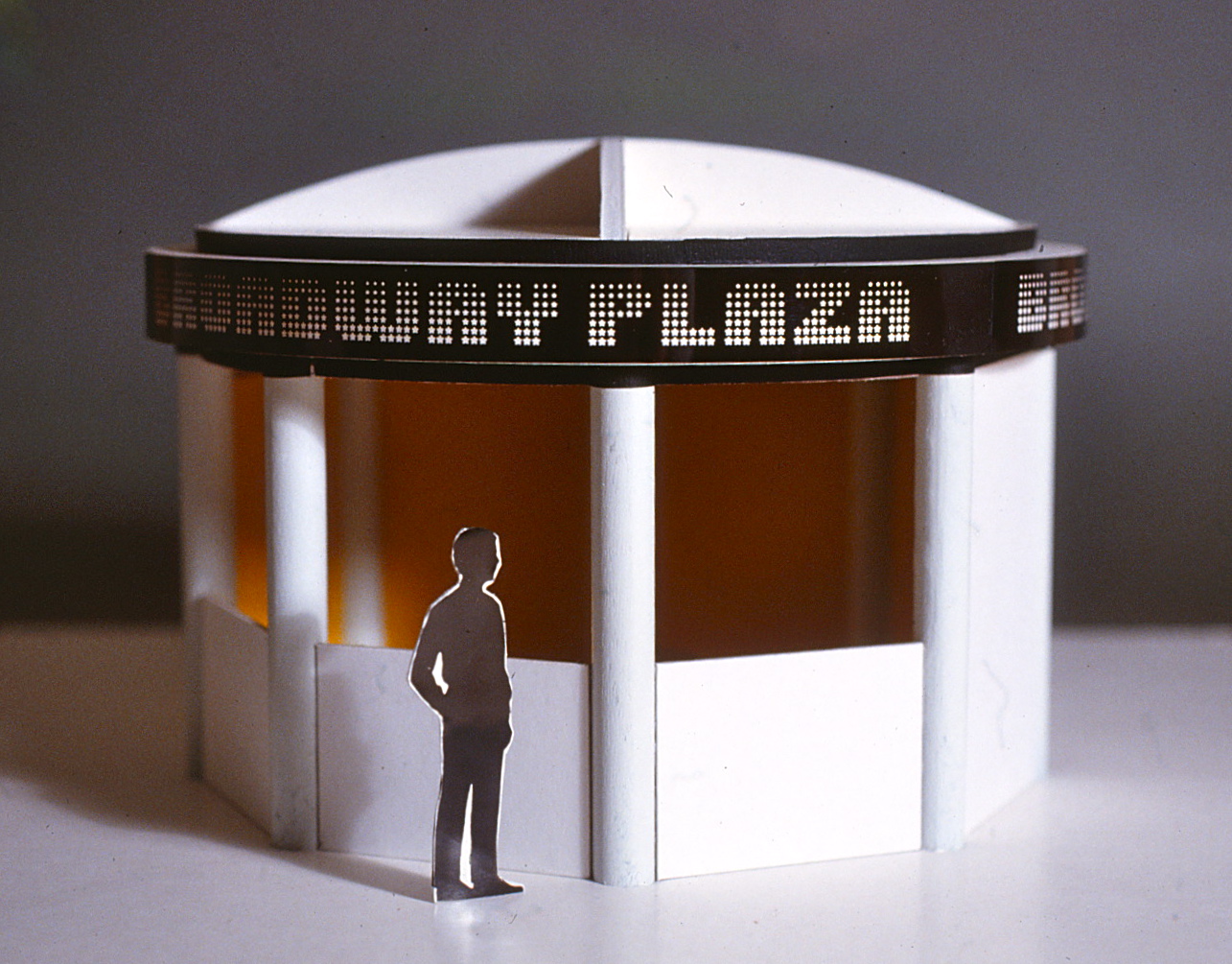 Information Booth model
This project was never built due to changes in the management of the Times Square Re-development District and a subsequent change in the architectural consultants.
The Map Tiles 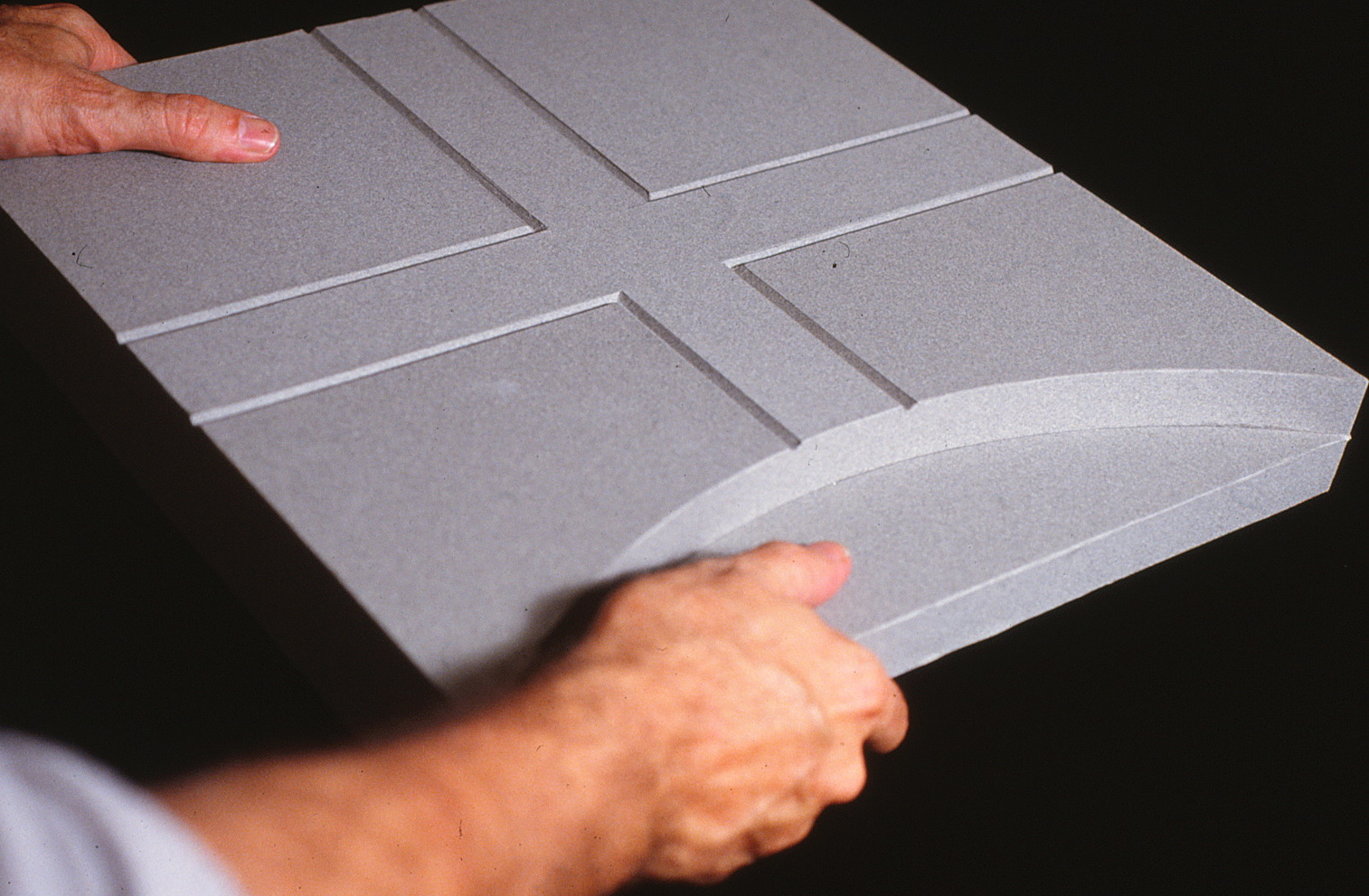 The 24 x 24 inch map tiles, made
of cast stone, are incised to represent the street grid of Manhattan. They are also recessed to accept the 36 inch diameter Landmark identifiers.
The Landmark Identifier 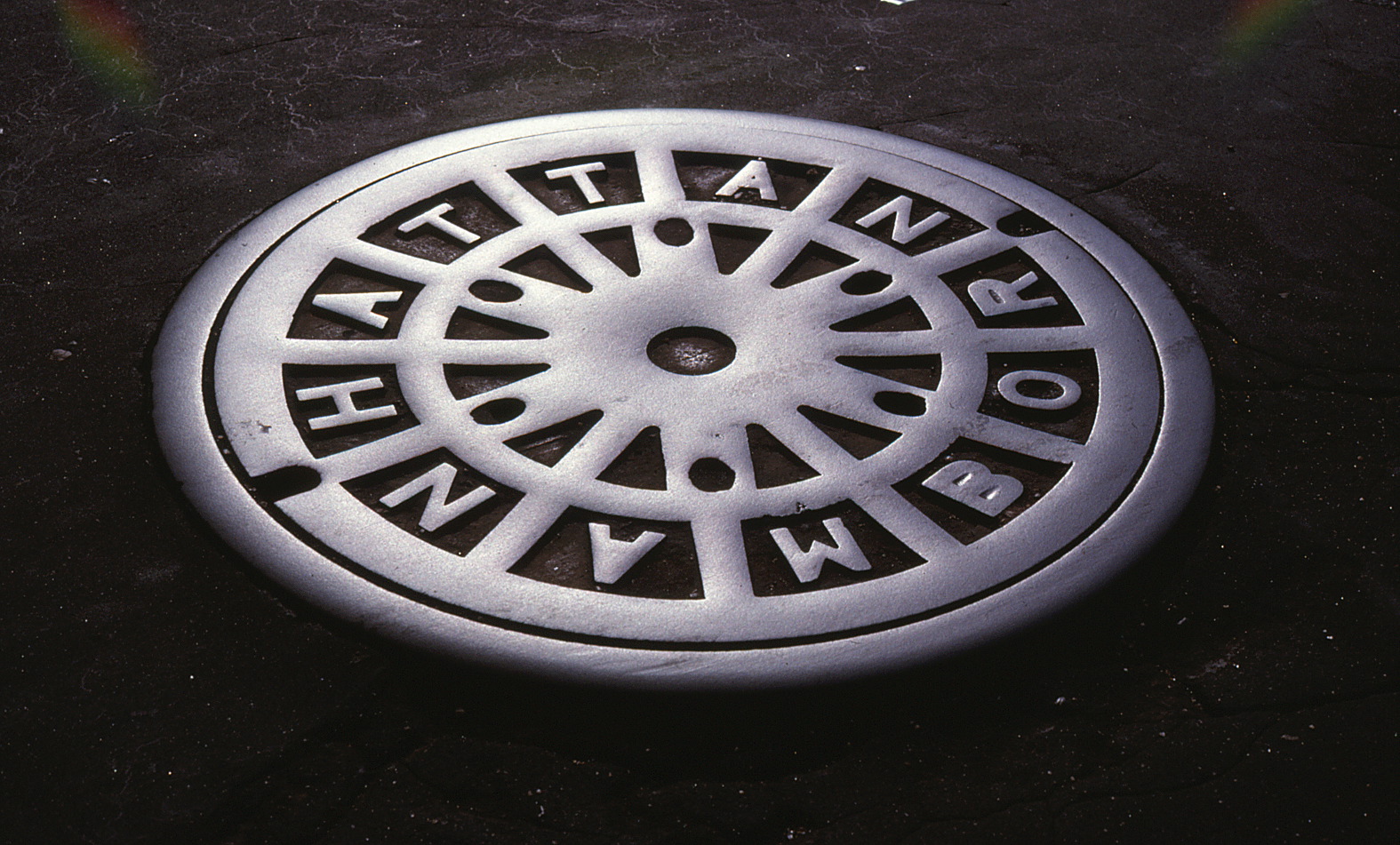 Manhole covers are a common sight in the streets of Manhattan. These are reinterpreted here to serve as locators of the city’s Landmarks. Pictograms of each Landmark serve a multi-lingual audience of visitors. 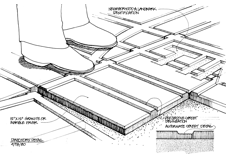 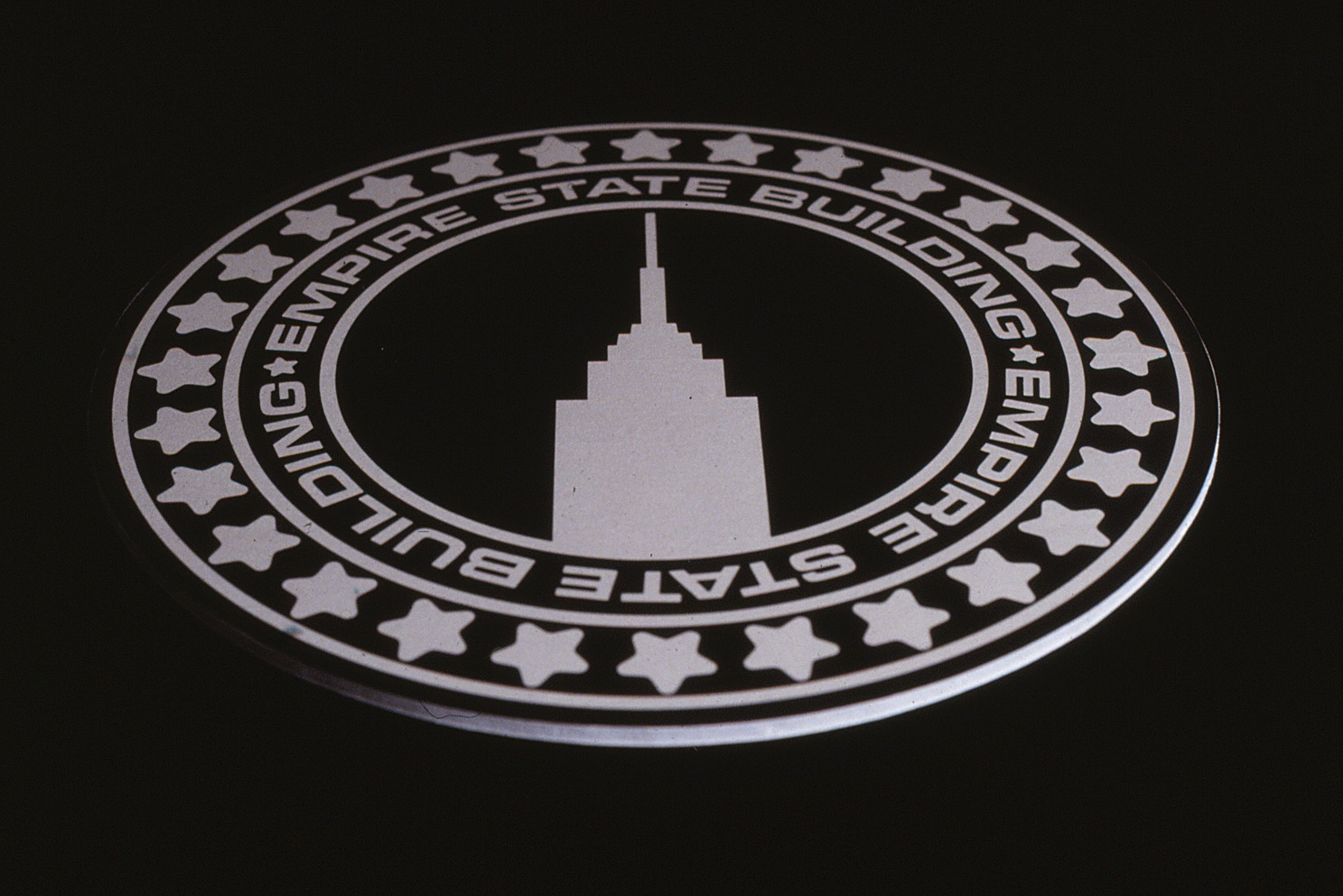